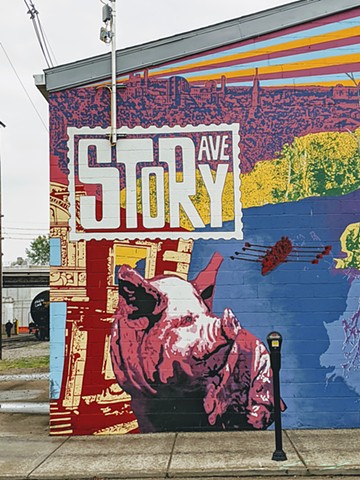 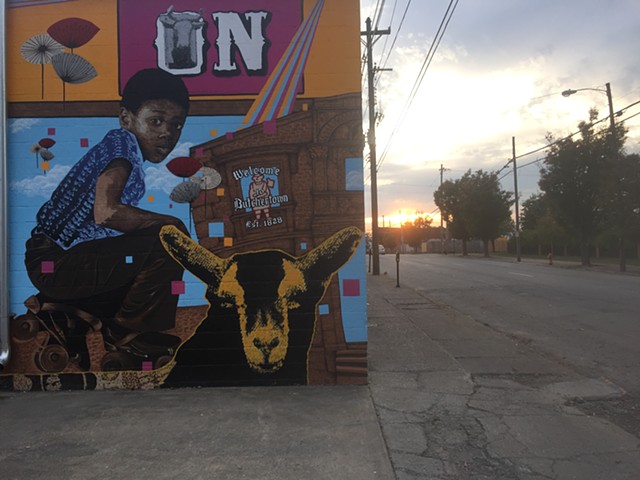 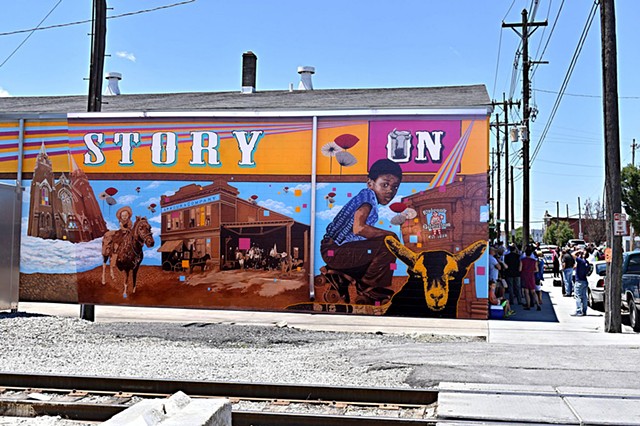 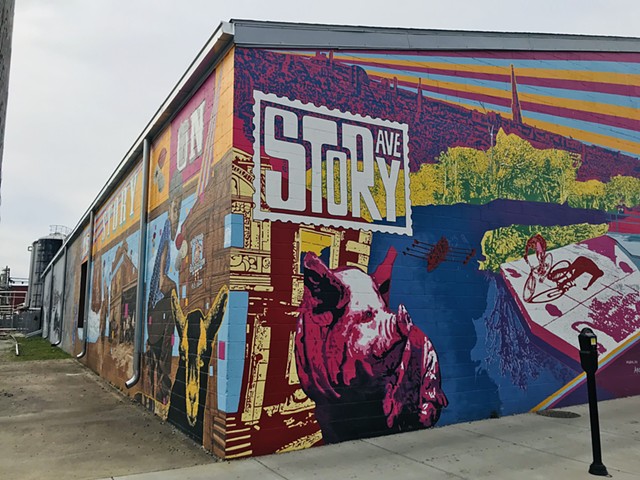 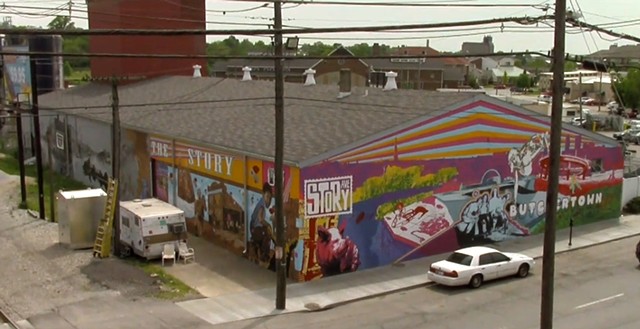 Butchertown Neighborhood Collaborative Mural is a 5,000 sq. ft. commission by JBS Swift INC. in Louisville KY. This mural was a two-year process - Aron Conaway (artist partner) and I were chosen as finalists and submitted a design proposal for a historic timeline. Butchertown was authenticated by its name. The neighborhood was just at the edge of the city and river where the first micro-breweries and urban agricultural farms started. You could find steer, goats and pigs being herded down Story Ave. the main through way in Butchertown. The animals became mascots for small businesses - so we included an oversized goat and pig to show just how important they were.

We began painting on the east wall with the 1927 Louisville flood in black and white – then started to include some sepia colors as we painted the oldest slaughterhouse (JBS request and provided the reference) from there we painted a 12' African American boy skating into the future. AS you walk from the east side to the north side of the mural the famous Heigold House Façade built in the 1850’s represents the beautiful architecture and homes in Louisville.

We had to include a 9' pig to honor their poor slaughtered lives (9,000 per day at the JBS facility right around the corner). The north wall honors contemporary life in Louisville, the famous BIG FOUR walking bridge and the Waterfront Lawn with the largest skatepark in the country, Dave Armstrong Extreme Park. We worked by night painting the projected images section by section and by day lived on the lift with our small parked trailer storing our supplies. It took us about six months to complete – as we also worked our day jobs.

It’s a loose timeline – but a timeline nonetheless and the colors will keep you mesmerized!